Count it all joy, my brothers, when you meet trials of various kinds, for you know that the testing of your faith produces steadfastness. And let steadfastness have its full effect, that you may be perfect and complete, lacking in nothing. - James 1:2-4

The LCA Baseball Program is a very established and respected program around the state. Along with a slew of accomplishments like winning a KHSAA State Championship in 2005, the program has produced several major league players including the current Chicago Cubs Bench Manager Andy Green. With the focus being on Jesus, the sky is the limit for this program.

Coach Harris took the reigns as head coach in 2018. Harris is a native of Campbellsville, Kentucky where he graduated from Campbellsville High School. After graduation, Harris pitched at the University of the Cumberland’s from 2000-2003.

Upon completion of his degree in secondary education, he became a graduate assistant baseball coach at Southern Arkansas University before becoming an assistant coach at South Laurel in 2005. He was promoted to head coach in 2007.  As a head coach, Harris posted a 227-141 record. His teams have won 7 district championships, 4 regional championships, 2 semi-state championships, and a trip to the state semi-finals in 2014.

Coach Harris resides in Lexington with his wife Stephanie and two sons, Mason and Kaden.

Coach Powell began coaching at LCA in 2018.  Prior to LCA, Coach Powell served as the Head Coach at Middlebury High School for 25 years.  During his career at Middlesboro, Coach Powell led his team to 18 district titles, 4 regional titles, 3 final four appearances and an amazing 553 wins.  In 2000, Coach Powell was also selected to the Kentucky High School Baseball Coaches Association Hall of Fame.

Coach Powell has been married to Becky for 40 years.  They have four children and six grandchildren. Coach Powell says that he loves the Lord and is blessed to work in the Christian atmosphere at LCA. 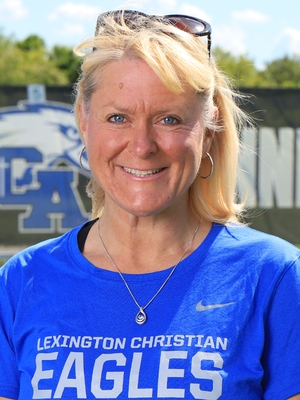 Coach Ginter began coaching at LCA in 2018.  Before coming to LCA, Ginter was the head coach at George Rogers Clark High School where he led his team to four district titles and a state tournament appearance.

Prior to coaching, Ginter played college baseball at Mississippi State University before being the 22nd MLB draft pick in 1999. During his time at Mississippi State he played in the College World Series and made the USA Team. In 1999, he began his professional playing career, playing for the Chicago White Sox, New York Mets, Detroit Tigers and the Cleveland Indians before retiring in 2010.

Currently, Coach Ginter resides in Lexington with his wife, Emily, and two children Claire and Cole.